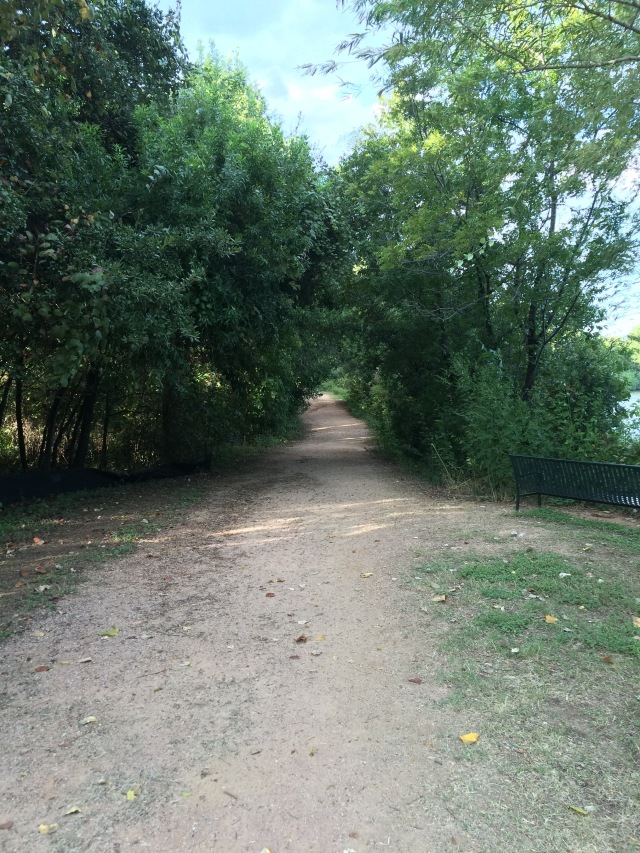 “Gender inequality doesn’t exist anymore.” My husband declares with the emphasis of someone seeing his inherent privilege fade away. He goes on to outline the female project manager giving him fits, the multitude of females at high levels in his company and his aggravating female client. For an engineer who started his career seeing cubicles filled with monthly images of scantily clad women wielding power-tools, this twenty year rise of women from calendar to manager has been rapid and probably unexpected.

I can’t really argue too much with him. I manage a team of engineers, half women and half men. With our matching engineering degrees we make the same amount of money.  (Well, we leap frog. When I get a raise, I make more. Then he gets one and he makes more.) We have similar responsibilities, similar jobs, similar flexibility to balance parenthood and employment.

We both coached our daughter’s soccer team. He does the dishes and laundry. I shop and cook. He fixes the broken fence; I sew buttons on when they fall off. I handle plumbing issues and he handles electricity.

But I’m a runner. I love running when I travel for work. Last week I left my hotel room with my phone in hand and my room key in my pocket. I don’t wear headphones when I run, because I know it’s not safe. I hate holding my phone when I run, but I’m somewhere strange and no one knows I’m leaving and no one is expecting me back. On the off chance something bad happens I can call. On the off chance something really bad happens the last known location of my cell phone might be traceable.

I’ve taken a self defense class. I know what to do if I’m attacked. I know where to gouge how to shout and how to best strike someone to knock them out. I know that if someone attacks me with a knife I’m supposed to grab the blade. My stomach clenches every time I think that: grab the blade. Can you imagine? Have you ever imagined? If you are woman, you might have. If a man, probably not.

I never go for a run and don’t think of my safety. I vary my route. I’m aware of my surroundings.

In Austin I jogged out to my favorite run along Town Lake. Somehow I got turned around and found myself out on this amazing path I’ve never seen before. Maybe I usually run on the opposite shore or maybe I go the other direction?  Regardless, this new route was filled with people so I felt safe and headed out to enjoy an adventure.

Then I came to a fork. One side continued next to the river and the other diverted off into a wooded sanctuary. One side was safe and the other was unknown. I stopped and waited. Every single runner, walker, cyclist stayed on the main path. No one turned. No one sought out the shady refuge from the 92 degree heat. Minutes passed, and my desire to keep running waned. I turned around and headed back the way I came. As I neared my hotel I wondered what was down that path. Was I just being silly? Then I remembered the woman who was attacked the week before walking in my neighborhood. Better to be safe than sorry.

The genders are equal in lots of ways. But my little girl and I will have many conversations in her life about how to keep herself safe. How to make sure she has a friend watching out for her at a party. What the consequences could be if she drinks too much. How to be aware and not look like a victim. Why she shouldn’t wear “that dress”. If she’s a runner I’ll teach her what I’ve learned, and hopefully she won’t take the wooded path either, even if it calls to her soul. Safety first.

My husband and I are equal in many ways, but I have long hair and breasts and physical attributes that mark me as a potential victim.  I am smaller than my husband and I have soft places that bad men want to hurt and probe. My daughter has smaller softer places. I am weaker and could be overpowered by most men, if they wanted to. I have to teach my daughter things I would never teach a son. Just like black families have to teach their kids how to act if a cop pulls them over, which is something that I would never think to teach my white daughter.

“Have you ever worried about you safety?” I ask my husband when I get home from Austin. “Do you worry about being in a park after dark, or walking to you car at the airport?”

The conversation has to start somewhere. With a kneel at the anthem. With a conversation between two almost equals who love each other. Inequality exists.

My musings from my 5k around Austin, Texas and part of the WordPress WWWP5K.

Got some new electric wheels. ⚡️🚗
It was one of those really productive work meeting days today.