The Afthead family got some chickens.  After the rough experiment fostering kittens last year we left the mammal group of the animal kingdom in favor of the bird group.  Meet Buffy, Rosie and Hope. 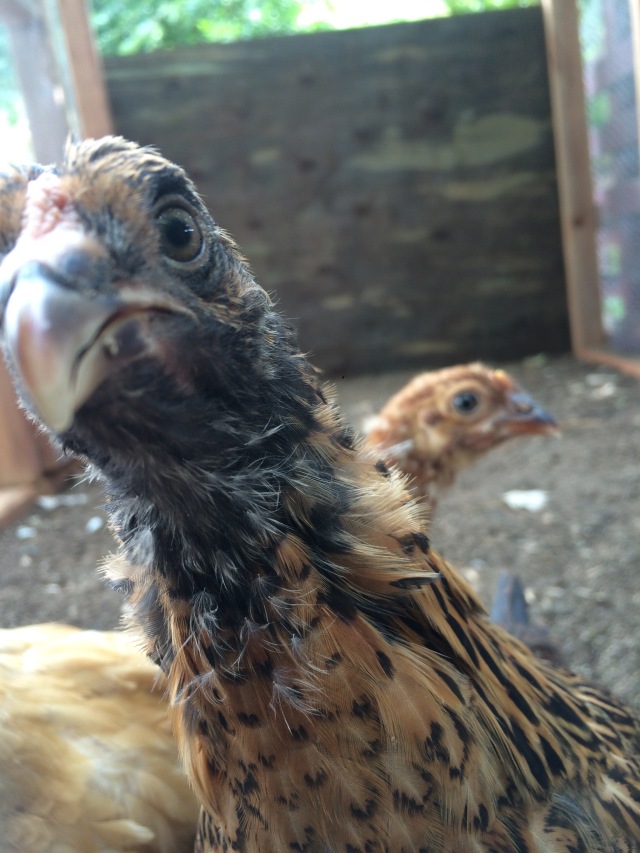 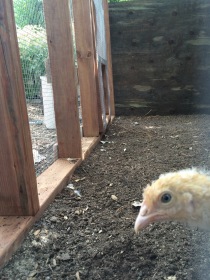 You want a picture? 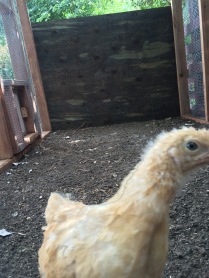 Do I stand here? 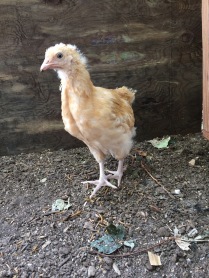 Not my pretty side!

This goofy girl is a Buff Orpington.  I really wanted to name her Buff Orpington the Third, because she’s such a formal sounding breed, but Mr. Afthead won these naming rights.  Buffy was the obvious choice for this brave vampire hunting fowl.  In the coming years I’m hoping that in between laying eggs for our family she’ll star in her own sitcom or maybe a movie about a vampire, werewolf, chicken love triangle. 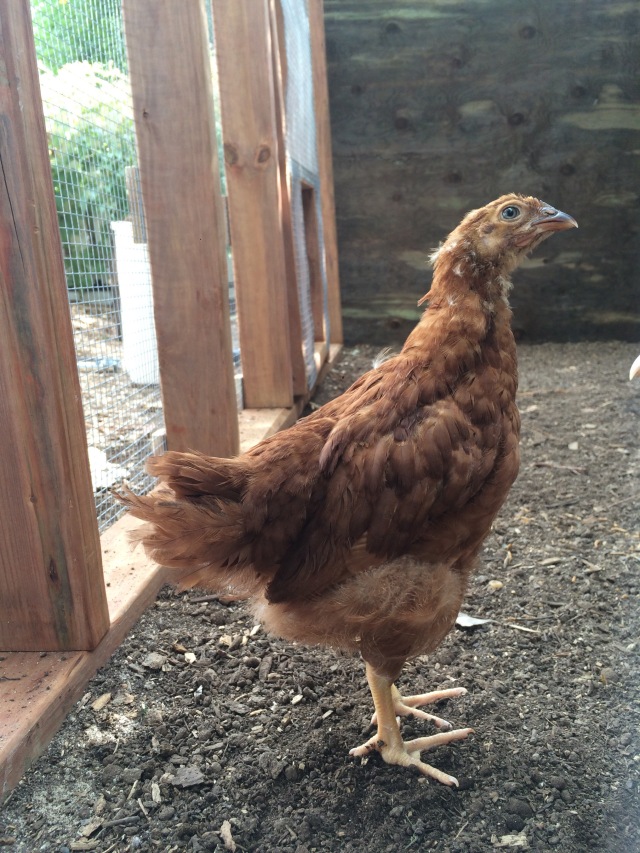 Finally we have Rosie, the littlest of the chickens.  From the beginning she’s been the sweetest, the most friendly and, of course, was the one that almost got sick and died the first week.  Yeah, we appear to attract sickly animals.  After panicked googling, visiting feed stores, and syringe watering this little girl she’s now in great health.  All that hands-on attention in those early weeks has made her brave, well socialized and willing to pose for pictures.   “Who’s a pretty bird?  You are Rosie!”  Momma Afthead got to name this one, and I went for the obvious color-related name for this member of the Rhode Island Red breed. 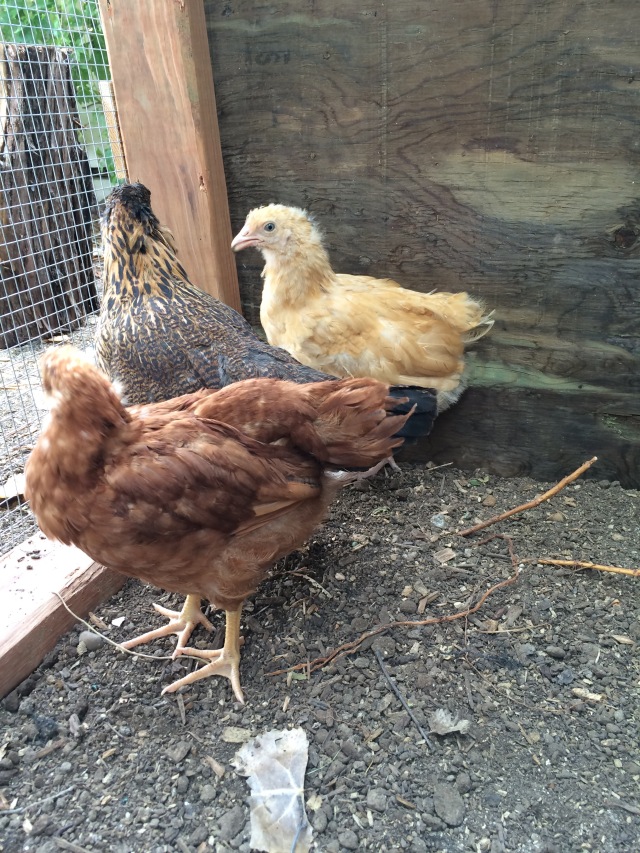 So that’s our flock.  Really, I have no idea why we are trying this adventure.  We aren’t big local food people.  We aren’t even big egg eaters.  I think Mr. Afthead wanted a project, and converting little Afthead’s old playhouse to a chicken coop seemed like fun.  Of course little Afthead was in: what kid doesn’t want chickens?  It’s all I could do to keep her from grabbing bunnies, turkeys, miniature goats and peacocks from the feedstore the day we got the birds.  Man, that kid loves animals.

Me?  I’m still on the fence about about being a chicken farmer.  While I love them much more than I expected I don’t appreciate my morning, “Are the chicken’s dead?” routine.  I’ve never cared if skunk, fox, coyote, stray dogs, feral cats, or opossum lived in my backyard before, but now they are all chicken dismembering predators waiting to infiltrate every nook and cranny of our chicken habitat.  Ugh.  I’m crossing my fingers and hoping we can get these girls through to the spring, so at least we start getting some eggs.  I’m also hoping if something gets them it isn’t a week when my husband is traveling.  I don’t want to handle a chicken murder scene alone.

Now off to go find some overalls, a nice straw hat and a toothpick to chew.  Come back soon, y’all.  I tell ya more chicken stories.  Ah yup.  “Bawk!”

18 thoughts on “Call me farmer Afthead”