Meet Lula, our hamster.  Lover of grapes; loved by the cats who want to play-with-her-to death; and zombie.  Lula came into our family three years ago and became a zombie last year.  Thus, like Stephanie Plum’s hamster Rex, I expect her to live forever. 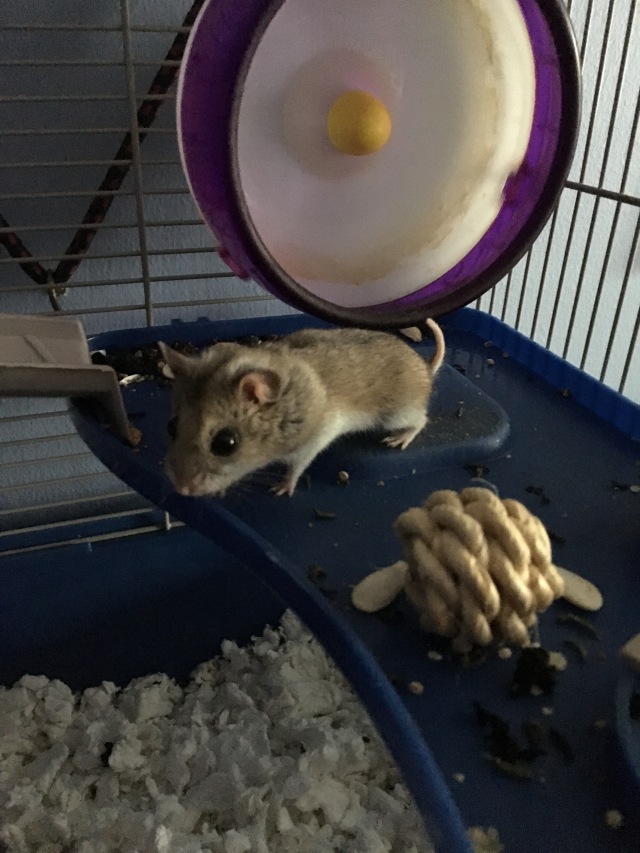 Lula is a Russian dwarf hamster and the worst pet ever.  Hamsters are nocturnal, so she only plays when I want my child to sleep.  Given that my kid is the worst go-to-sleeper ever they make a bad combination.  Also, hamsters are smaller on the outside than they appear on the outside.  (Similar to the Tardis, but the opposite.)  Let me explain.  The day we got Lula my daughter was playing with her in the locked bathroom while we parents got the hamster habitat ready.  Lula squeezed under a smaller than a hamster sized space below the bathroom door and darted between the startled cat’s legs and under the smaller than hamster sized space beneath the refrigerator.  Two hours later a feast of sunflower seeds lured her out.  From that point on she was banished to her cage and only released into the clear ball of torture, which allows her to roam around my daughter’s room bumping into things and making us laugh.  The cats watch the balled hamster snack through the crack under the door, which really is too small for cats. 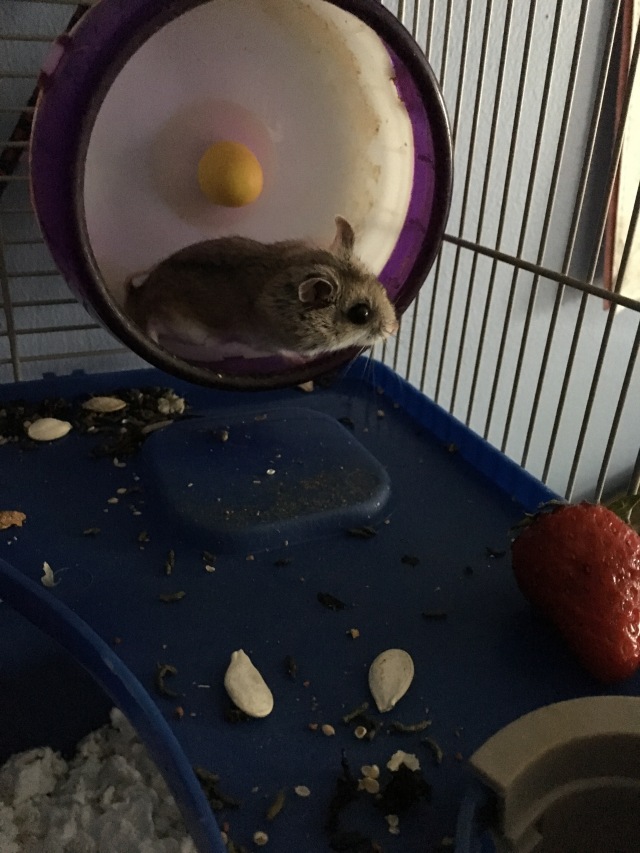 Lula became a zombie on a fateful day last summer when she died.  My daughter and I were watching her play when she toppled over on her hamster ramp, twitched disturbingly, hauled herself up to the hamster ledge using her functioning front legs while dragging her back legs limply behind her.  She then collapsed had another twitching fit, and died.  She lay motionless while I consoled my daughter, got her ready for bed and read her stories.  When lights out came Afthead Junior cried that she did not want to sleep with the dead hamster.  I agreed and put the dead creature’s cage on top of the butler’s pantry to be dealt with later. 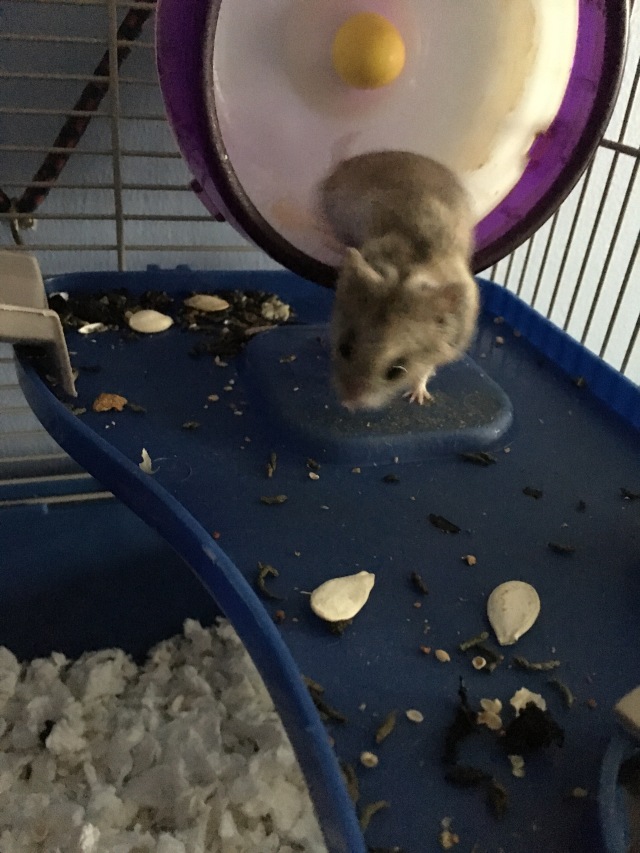 After our normal 90 minute dance of go to sleep, go to sleep, GO TO SLEEP my daughter finally fell asleep.  Ignoring the dead hamster problem, I went to the basement to watch some TV with my husband.  Before bed I decided the dead hamster burial/freezing/whatever could wait until the morning and be a learning experience for the child.

The next morning Lula’s wheel squeaked with the running of an exuberant undead hamster.  Lula, making a rare daytime appearance was animated. 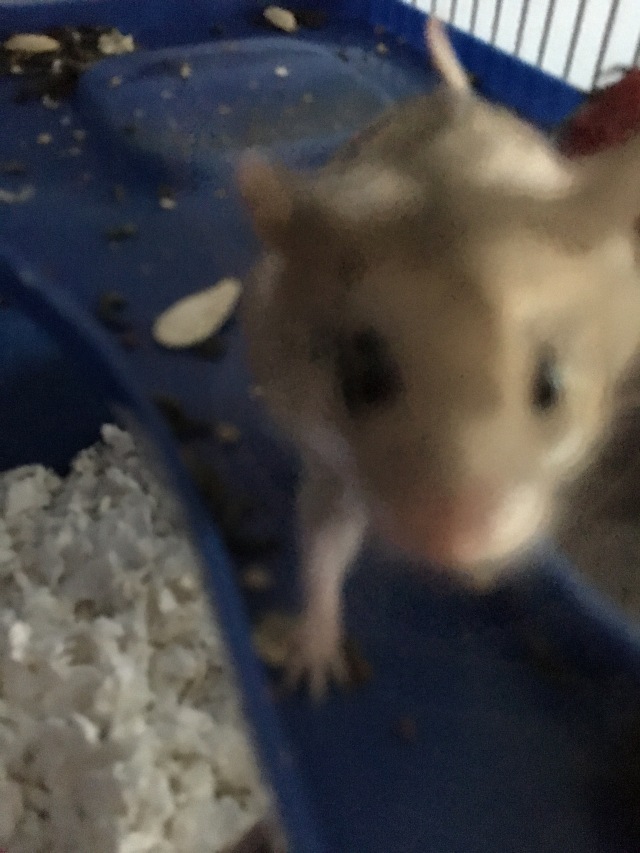 Ever since her status changed from hamster to undead hamster Lula has been much more friendly.  She’s almost always out before my daughter goes to sleep and runs to the bars of the cage to sniff my fingers if I put them up.  She even races to the cats if they are in the vicinity: like on top of the cage trying to play with her.  No doubt she is luring us humans and felines in so we will open her cage and she can leap out and feast on our enormous brains.  In the meantime, I give her strawberries, cherries and blueberries to try and keep her at bay.

17 thoughts on “Lula the Zombie Hamster”

I am knitting a hat with yarn so bright that I cannot take its picture. The camera refuses to focus on the red/pink/orange stitches. 😆
Me, trying to do homework on #loveyourpetday while Adventure the cat pretends she’s a parrot on my shoulder. #unproductive

Writing What I Want To Read