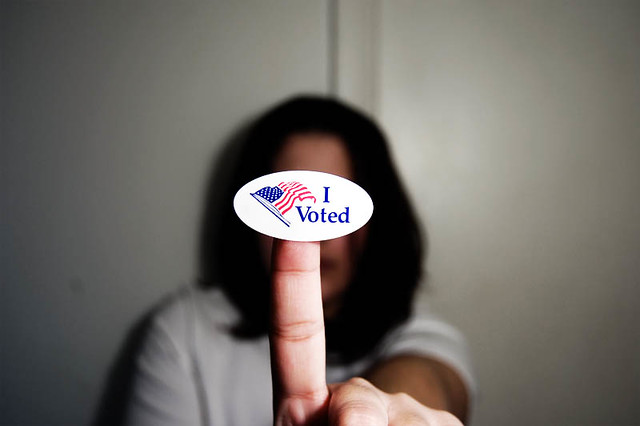 My mother.  Her lessons on how the world works are tiny seeds planted throughout my life that grow and change producing new life lessons as the years go by.

In grade school, I think third grade, I got a hankering that I needed to run for Student Council: some minor position, like Treasurer or Vice President.  I put my campaign posters, buttons and speech together with the idea that I had a few key people I needed to impress and I’d win for sure.  My target were the kids that everyone wanted to sit with at lunch, play with at recess and get invites to their birthday parties.  As my mom helped me get ready to run she offhandedly mentioned this life lesson-to-be, “You need to remember, even dorks get a vote.”

I remember being affronted by this at the time.  Of course you had to get the popular kids to vote for you because everyone does what the popular kids do.  As the popular kids go, so goes everyone else.  They were the ones who dictated that Outback Red and Forenza were the things to wear, and the next year when the rest of us wore our new Outback Red sweaters the first day of school they showed up in OP.  My mom, what did she know?

Well, she knew a lot.  She was head girl of her senior class in high school, so I should have known that she understood a thing or two about rallying people around you.  Of course, being a kid growing up in the 1980s, I had no idea what a head girl was and wasn’t curious enough about my foremother’s accomplishments to find out.  My only student council campaign run ended when I was beaten by the cool kid running against me.  I had neglected to realize that my opponent already had ties to the kids I was trying to impress: the same kids who didn’t notice me on a daily basis.

When I look at the United States national political scene today, I realize that all the candidates – no the  major political parties – need to sit down and talk to my mom, because the backlash they are seeing is that the dorks are tired of not getting a vote.  The dorks are wising up to the political process and realizing that their right to a vote has been absconded with and they want it back.  The dorks are worried about their families.  The dorks want to ensure a world where their kids have a chance at a better life than they had.  The dorks don’t understand why they keep working harder, longer hours and can afford less each year as the cost of living rises more than their annual piddling raises.  The dorks wonder why the people who run our country spend most of their time rubbing elbows with themselves, the top 1%, and lobbyists, and only bother to talk to us when they sit down at a diner on the campaign trail.  The dorks really just want to eat their eggs and drink their coffee and not be a sound bite for the candidate’s daily propaganda.

The dorks don’t understand PACs or SuperPACs, but are willing to throw a hard-earned buck or two to Bernie Sanders because he’s a dork like us and maybe he thinks our lives matter.  The dorks support Donald Trump because he’s different.  He may not say the right thing, but the dorks are tired of polished mealy mouthed politicians and want someone who speaks the language of the people, which is angry and sometimes crass right now.  I find it hard to believe that anyone really wants a wall, but everyone wants something big, something different, and something to change because we are frustrated.  I can only imagine the backlash if the Republican Convention goes to a brokered convention and the cool kids get to pick whatever cool kid friend they want for the nomination.  Talk about denying the dorks their vote.

So listen Hillary, Ted, and whatever Republican candidate that is waiting in the wings to claim the cool kids nomination let me try to channel my mom here.  You’ve made a great run at building an exclusive club of insiders that kowtow to the privileged few in this country, but the dorks are tired of being ignored.  Even if an establishment person becomes president, it’s not going to make the dorks happy.  You may go live in your big white house, but if you don’t start doing your job representing the entire country’s needs and keep pretending that bickering with the other party is your most important job, there is going to be hell to pay, because the dorks are ready.  We are ready for a collaborating centrist leader and we will support him or her with our votes, our pocket books and our voices.  We are hungry for one brave leader to eschew the big dollars behind the two major parties and stand up and represent us, the no longer silent majority.

It may not happen this year, but it will happen if the dorks continue to be ignored.  This isn’t elementary school anymore.  We are done with the cool kids.

Photo courtesy of jamelah e. and provided under Creative Commons License.  My apologies to the photographer if the dork movement does not correspond to his/her views.

My desk this morning.
Next in my installment of “I don’t normally take pictures in public restrooms,” I give you the oddest stall door advert ever.